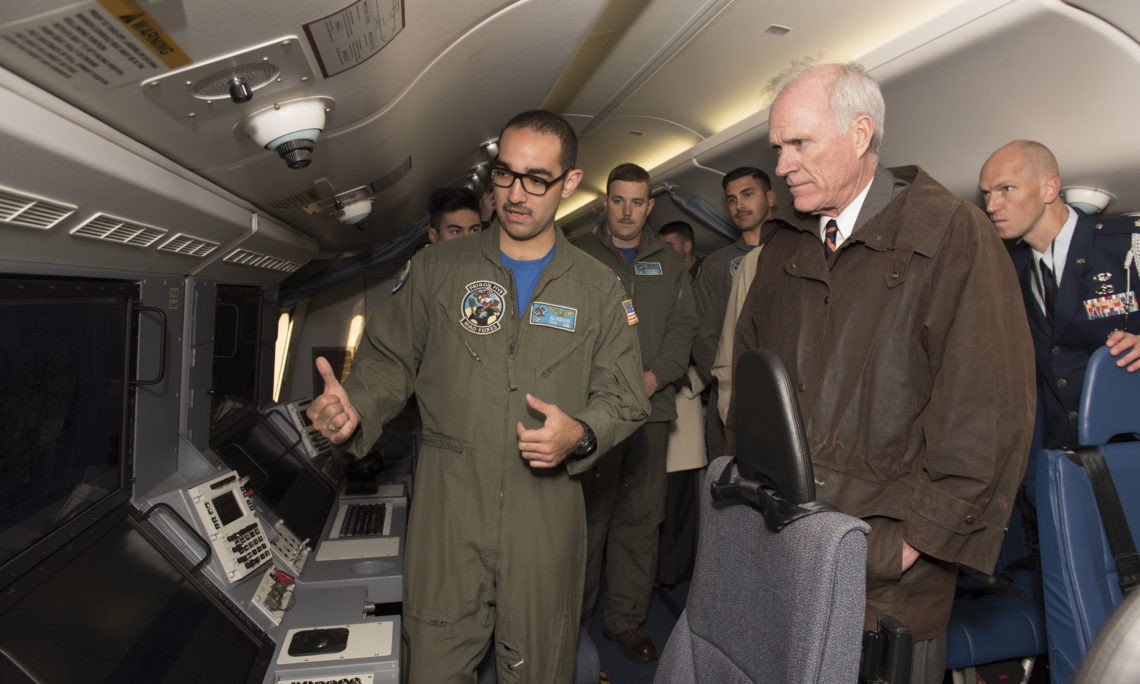 171012-N-XG464-005 KEFLAVIK, Iceland (Oct. 12, 2017) Secretary of the Navy (SECNAV) Richard V. Spencer tours a P-8 Poseidon assigned to Patrol Squadron (VP) 5 during a visit to Keflavik, Iceland. Keflavik is Spencer's last stop in his first official trip abroad since being sworn in on August 3rd, 20

U.S. Navy Secretary Richard V. Spencer is visiting Iceland this week to discuss U.S.-Iceland security collaboration, both bilaterally and through the NATO alliance.

Spencer is scheduled to meet with officials from the Ministries of Foreign Affairs and Justice and the Icelandic Coast Guard.

Spencer also will participate in a forum on Arctic security organized in Reykjavik by the Munich Security Conference in conjunction with the Arctic Circle Assembly. The event’s goal is to promote cooperation that would prevent conflicts over resources and territory in the region.

Spencer is visiting Iceland and Norway as part of his first official overseas trip since he was sworn in as Secretary on Aug. 3, 2017.

Spencer served as a pilot in the Marines before departing active duty to enter the private finance sector. The Department of the Navy consists of the U.S. Navy and the U.S. Marine Corps.