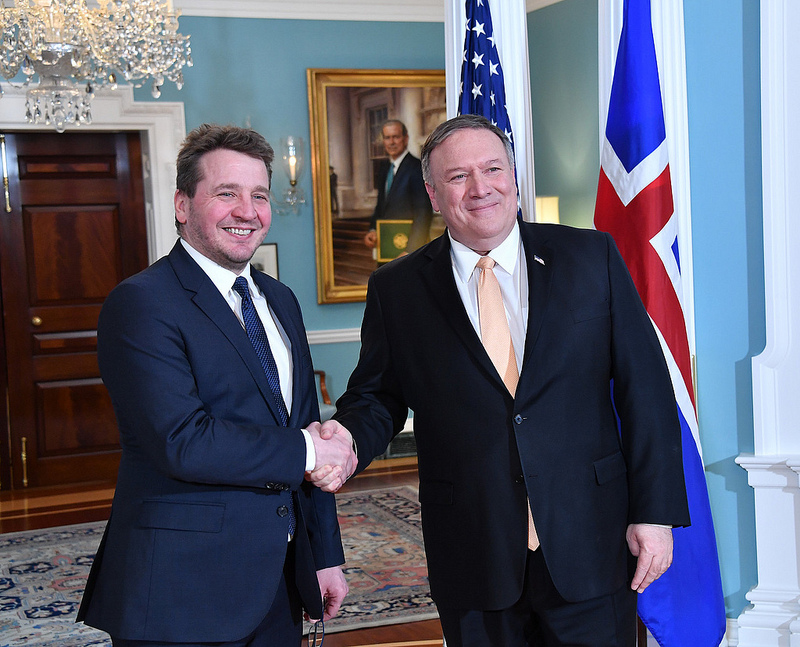 Michael R. Pompeo, Secretary of State of the United States, and Guðlaugur Þór Þórðarson, Minister for Foreign Affairs of Iceland, met in Washington, D.C. on January 7, 2019, and issued the following joint statement:

The United States and Iceland have for decades enjoyed a very close relationship including in security and defense, Arctic affairs, trade and investment, culture, education, and people-to-people connections.  This has contributed to stability and prosperity in the North Atlantic region.

The changing strategic environment in the North Atlantic and the Arctic reinforces the importance of the longstanding security relationship between the United States and Iceland.  Accordingly, we will enhance our consultations and cooperation within NATO and in maintaining the bilateral Defense Agreement.

The United States has become Iceland´s largest bilateral trading partner, and U.S. travelers are the single largest group of visitors to Iceland.  There is, however, still unrealized potential for trade in our commercial relationship, and the United States and Iceland will explore possibilities for improving conditions for bilateral trade and investment.

Iceland will shortly assume the chairmanship of the Arctic Council and will work closely with the United States and other member states in furthering cooperation in the region.