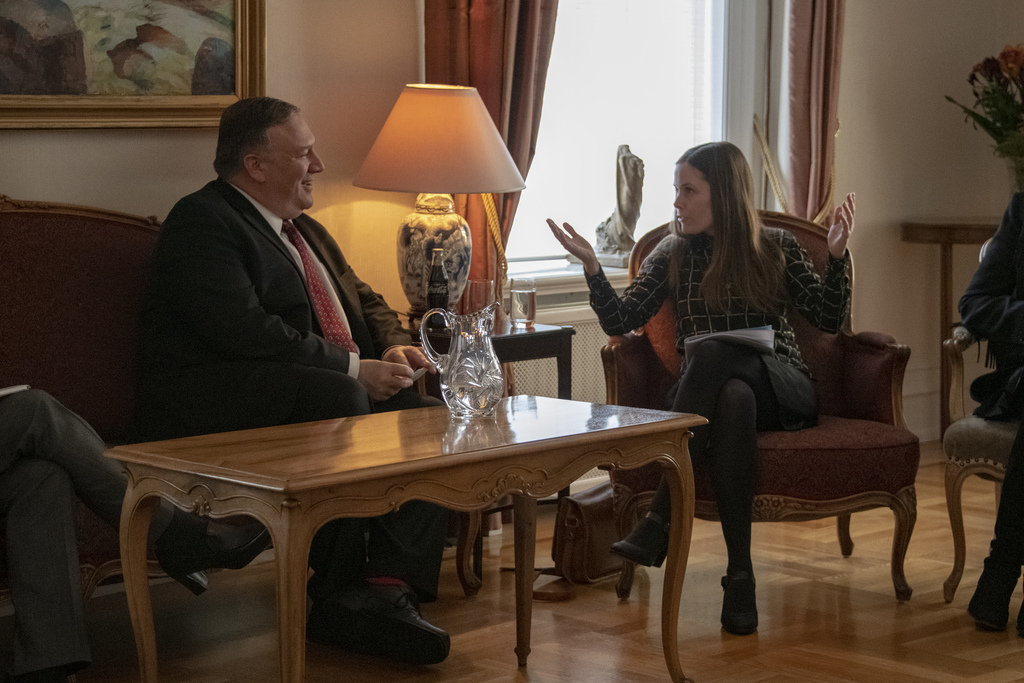 Secretary of State Mike Pompeo traveled to Reykjavik on February 15, 2019, where he met with Prime Minister Katrín Jakobsdóttir and Foreign Minister Guðlaugur Þór Þórðarson. In their meetings, they discussed security issues in the North Atlantic, Iceland’s upcoming chairmanship of the Arctic Council, and growing economic relations.

During the visit, Secretary Pompeo and Foreign Minister Þórðarson announced the creation of the United States-Iceland Economic Dialogue, a formal framework to grow trade and investment that will include both government and private sector participation.

Secretary Pompeo’s visit to Iceland was the first by a U.S. Secretary of State since 2008.

“We remain proud to stand shoulder to shoulder with Iceland in a strong transatlantic community that we have now built. We’re old friends facing new challenges, and I am confident we’ll tackle them together,” Pompeo said in Reykjavik.

“Our countries are bound together by common heritage, but also principles and values, which continue to be tested as we talk together to face different regional and global threats, values that we need to uphold and protect,” Foreign Minister Þórðarson said.