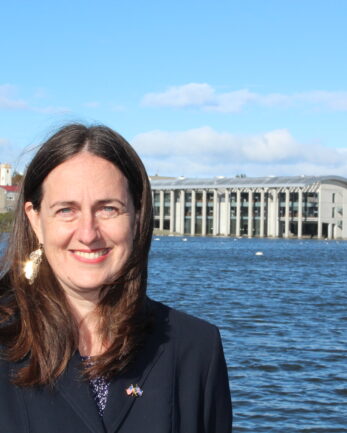 Michelle Yerkin has served as Chargé d’Affaires a.i. at the US Embassy in Reykjavik since June 2021.

Michelle and her husband Zhomart have four children. Michelle is a proud descendant of the White Earth Nation of Ojibwe (Chippewa) tribe of northern Minnesota. She speaks Russian and Spanish.