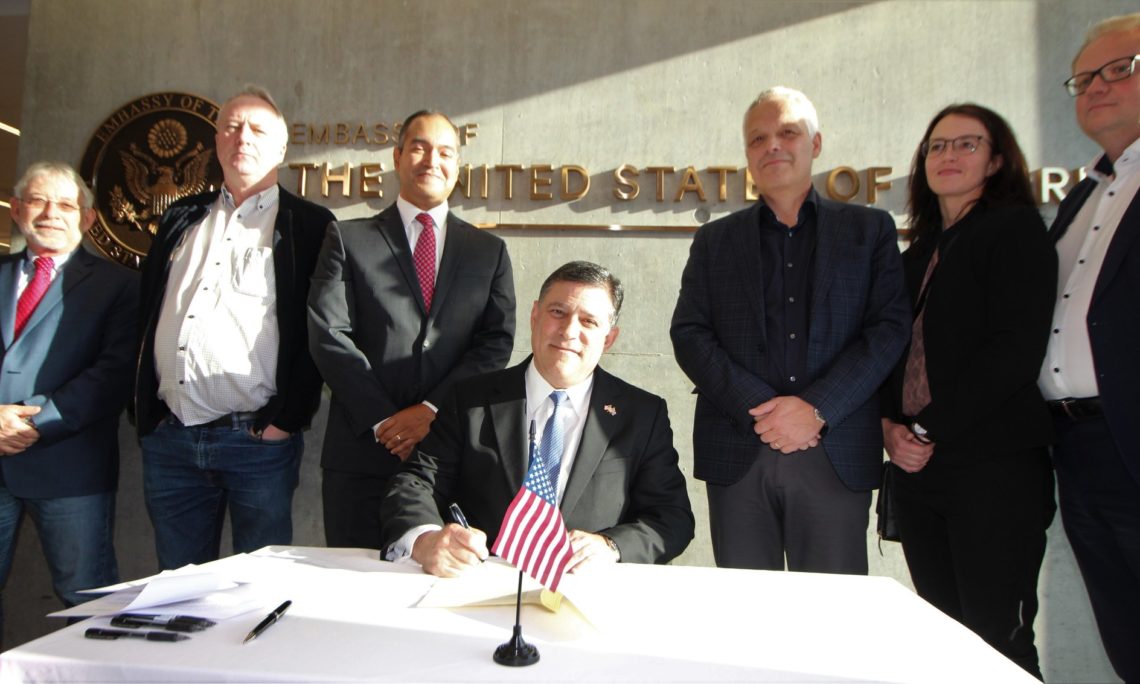 Ambassador Jeffrey Ross Gunter took part in a signing ceremony on Oct. 17, 2019, to officially transfer ownership of the future U.S. Embassy building from ISTAK to the U.S. government. The transfer signals that the project is entering its final stages before the new U.S. Embassy opens in 2020.

“I’m grateful and honored to witness the tremendous work that Bureau of Overseas Buildings Operations Director Tad Davis, project director Cecil Smith and their teams in Iceland and the United States have accomplished,” Ambassador Gunter said. “The leadership that Director Davis has shown is providing a foundation for a successful bilateral relationship between two wonderful allies.”