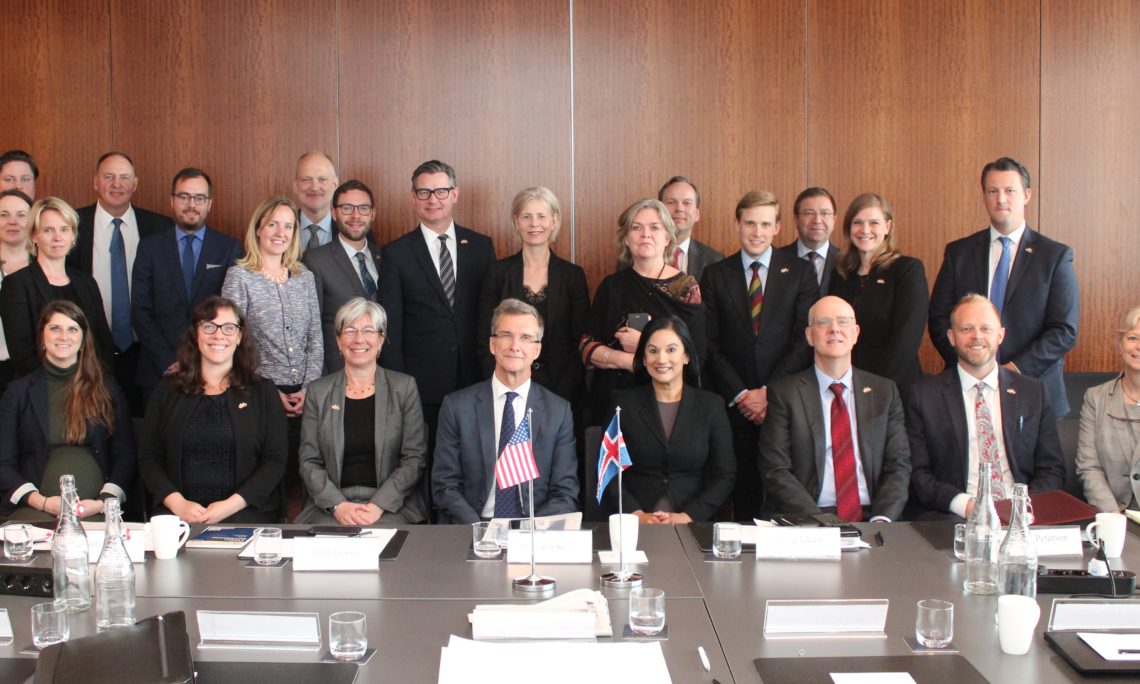 The United States and Iceland held their inaugural Economic Dialogue in Reykjavik, Iceland, on June 7, 2019.  The Economic Dialogue was jointly announced by Secretary of State Michael R. Pompeo and Minister for Foreign Affairs of Iceland Guðlaugur Þór Þórðarson following their meeting in Reykjavik on February 15, 2019.

U.S. Acting Under Secretary of State for Economic Growth, Energy, and the Environment Manisha Singh led an interagency delegation and co-chaired the meeting with Iceland Director General for External Trade and Economic Affairs Nikulás Hannigan.

The two sides reaffirmed their ongoing commitment to deepen the U.S.-Iceland economic partnership, and have decided upon the following deliverables:

It was decided to continue exchanges of information and expertise on foreign investment screening at the expert level.

Both sides underscored the need to mitigate risks to global supply chains and the importance of protecting critical infrastructure, including cyber communications networks.  The two governments will follow up with information exchanges among subject matter experts.

To continue engagement to deepen economic ties, there will be a meeting in Iceland with officials from the United States Trade Representative (USTR) at the end of June to hold discussions on trade and investment issues.