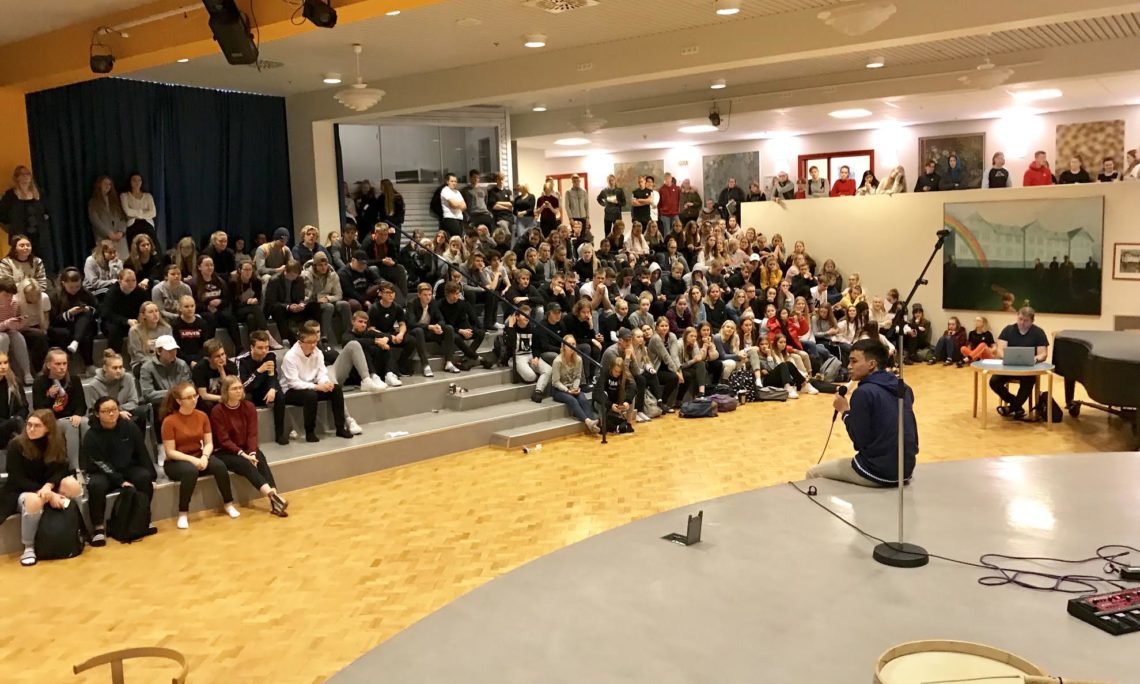 The U.S. Embassy in Iceland recently had the pleasure of welcoming current Department of State Arts Envoy, and former U.S. Arctic Youth Ambassador, Byron Nicholai to Iceland.  Byron, a singer, dancer, and musician from Toksook Bay, Alaska, is a member of the Yup’ik indigenous community.  He has performed at the White House and at concerts and festivals around the world. Byron’s music blends native Yup’ik language with modern technologies, including hip-hop beats.

While in Iceland Byron visited a number of upper-secondary schools in Akureyri and Húsavík, performing and discussing his music and his culture. Byron also visited a handful of schools in Reykjavík, performed at the opening ceremony of the Arctic Circle conference, as well as at the University of Iceland’s Vigdísarstofnun where he took part in a discussion on heritage languages and how cultural activities can contribute to strengthen and revitalise threatened languages.